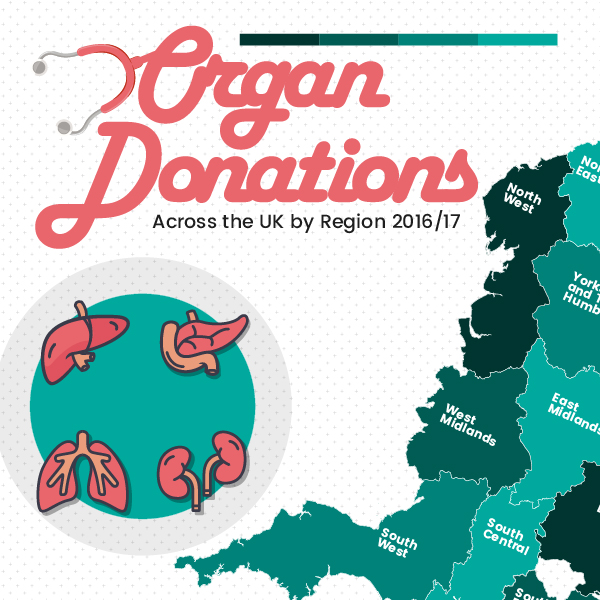 Highly personal and complex, recent news on the subject of organ donation ranges from Selena Gomez revealing her best friend gave her a kidney on social media, to Jeremy Corbyn laying out plans to make everyone an organ donor and for it to become an opt-out system, rather than opt-in. A topic of great importance, a vocation for health in mind, body and soul, led fitness experts Nuyoo to explore organ donation futher, and to analyse the NHS release Organ Donation and Transplantation Activity Report, 2016-17 to reveal the UK’s most-giving region.

Nuyoo found in 2016-17, that the UK had proved its ability to improve the chain of collaboration in organ donation by increasing the number of deceased organ donors to 1,413, a 4% increase on the previous year. In addition, there were 1,043 living donors. Altogether culminating in 4,753 live-saving and life-transforming transplants. It was also revealed the NHS succeeded in reaching a milestone figure, with 50,000 people alive today thanks to a transplant.

HOWEVER, despite this encouraging progress, opportunities for donation continue to be missed and it is “family refusal” that has been coined the “biggest obstacle.”

In fact, more than 500 families in the UK have said no to organ donation since 2010, despite knowing or being informed their relative was on the NHS Organ Donor Register and wanted to donate. These refusals made by families have resulted in an estimated 1,200 people missing out on a potentially life-saving transplant.

Further figures indicate there were 6,388 patients waiting for a transplant at the end of March 2017, with 3,357 suspended from transplant lists. 457 patients died while waiting for their transplant on the active list, while 875 were removed from the list altogether. The removals were mostly due to deteriorating health and ineligibility for transplant. Unfortunately, many of these patients died shortly afterwards. 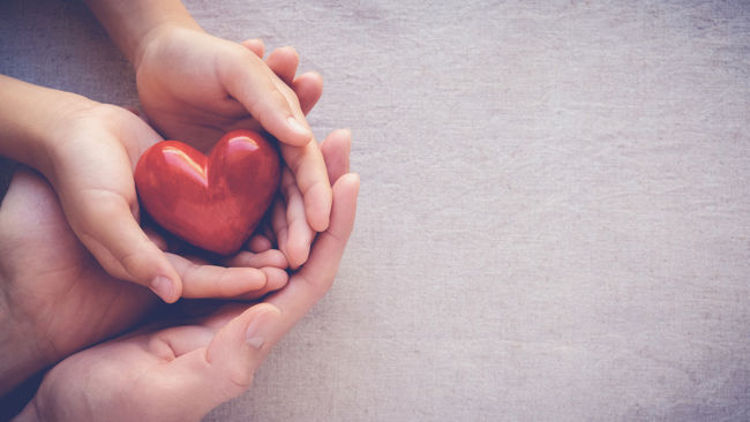 In learning there has been a 4% increase in deceased donors (to 1,413) but a 3% fall in living donors (to 1,043), Nuyoo decided to focus on data that highlights the number of “deceased” organ donations* (2016-17) to determine the “most giving” region, in terms of donation, whilst highlighting the issue and raising awareness. 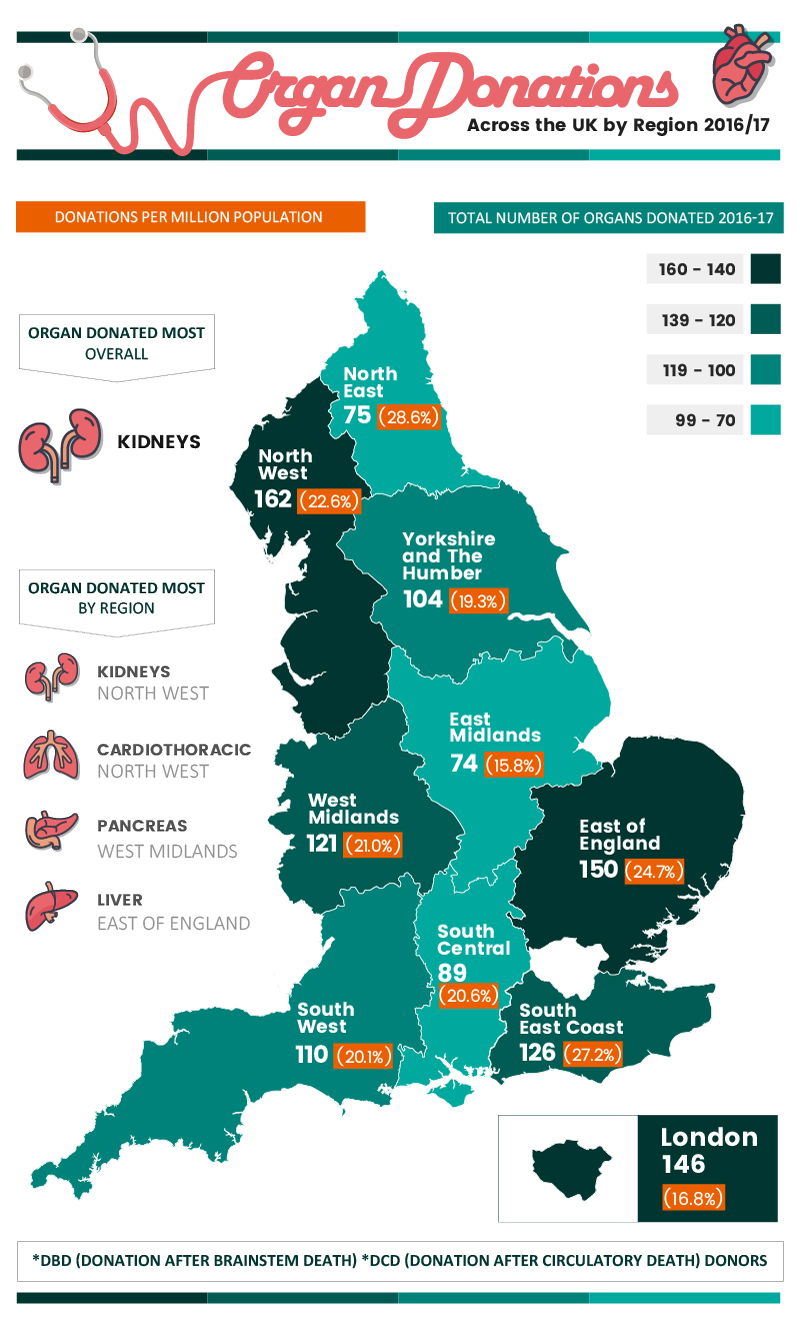 Nuyoo found that the North West gave the highest number of organs, at 162, followed by the East of England (150) and London (146.) With fewer organ donation totals found in the East Midlands (74), North East (75) and South-Central England (89.)

The North West was also found to donate the most kidneys and cardiothoracic organs. While pancreas donation numbers are highest in the West Midlands, the East of England is highest for liver donations.

If we take the figure of organ donation per million population* regionally, the outcome changes ever-slightly to afford the North East the higher outcome, with a rate of 28.6% per million of the region’s population who donate. The North East was followed by the South-East Coast (27.2%) and East of England (24.7%).

*Organ donor rates per million population (PMP) for 2016-17 are given by country and former Strategic Health Authority according to where the donor lived.

About Donation – advice from organdonation.nhs.uk

Organ donation is where a person elects to give their organs and tissues for transplant to someone else. By signing up to become a donor, you can help the NHS to save thousands of lives in the UK every year.

Anyone can register to donate their organs and tissue when they die, regardless of their age or medical condition and when you register for the first time, you will receive an organ donor card. If you are already an organ donor, but you have lost your card or need a new one call 0300 123 23 23.

Most organs are donated by those who are deceased and used to help someone who needs a transplant. Some organs, like the kidney and liver, can be donated by living donors. Incredible advances in medical science mean that more and more people each year can benefit from donated tissue, including corneas and bone.

If you are interested in being a donor, make sure to tell your friends and family your wishes – it is very important that they understand and support your decision because your family’s support is needed for donation to go ahead. Dealing with the death of a loved one is a difficult time to make an important decision quickly.